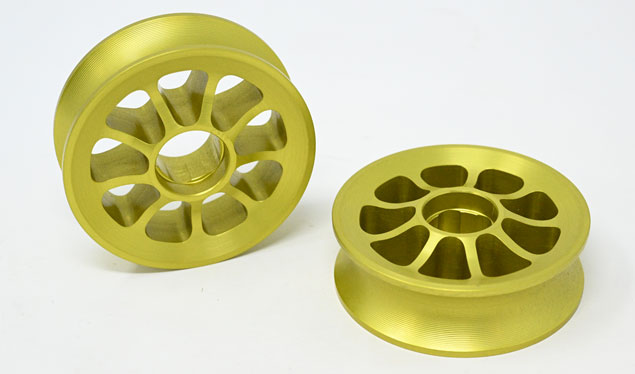 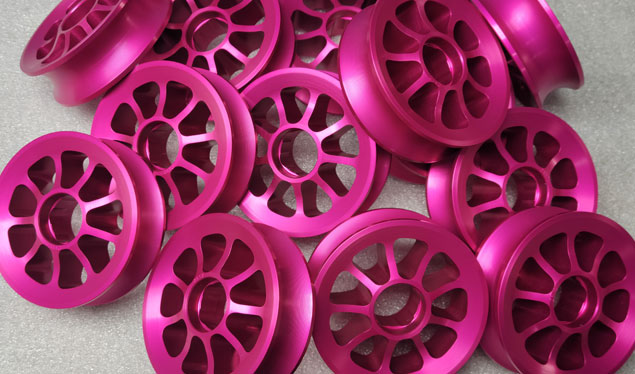 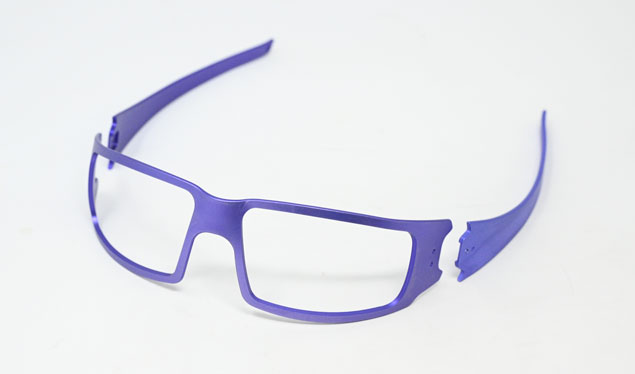 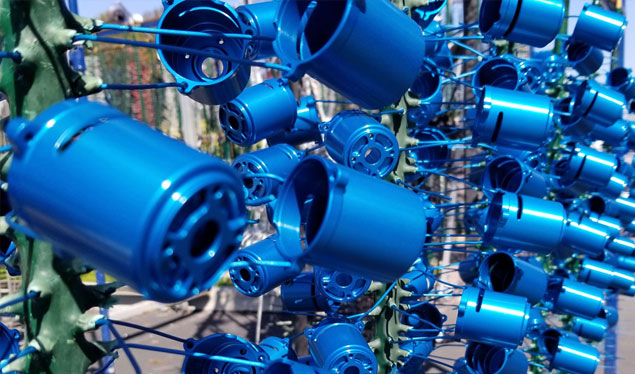 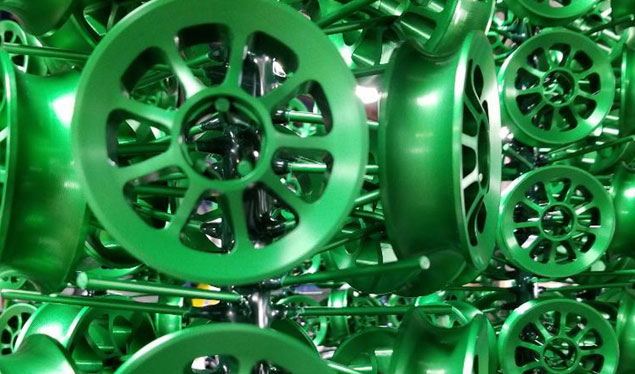 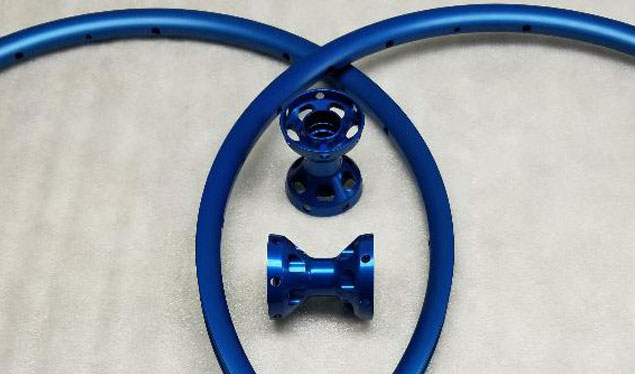 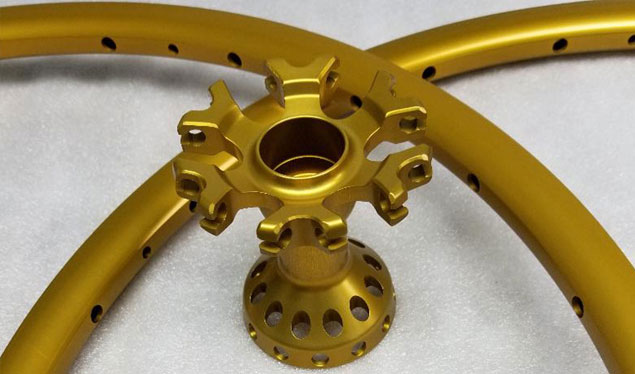 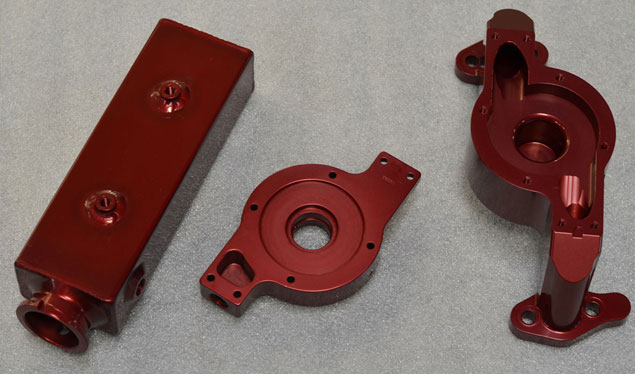 Anodizing is an electrochemical conversion process that forms an oxide film, usually on aluminum, in an electrolyte (chemical solution). The aluminum parts are the anode (thus the term “anodizing”) and current is passed between them and a cathode, usually flat aluminum bars, through the above mentioned electrolyte (sulfuric acid is most commonly used). There are different types of anodize, most commonly referred to as *Type I-Chromic Acid Anodize, Type II-Sulfuric Acid Anodize, and Type III Hard Anodize or Hardcoat from the Mil-A-8625 designation. Other less common types are phosphoric acid and titanium anodize. The anodize is a porous structure that grows out of the base aluminum and absorbs colored dye very well. This is done through a secondary operation with either an organic or inorganic coloring. Elite Metal Finishing processes black, blue, red, gold, grey, blue grey, yellow, green, desert sand and purple colored anodize.  Custom colors on request.

The sulfuric acid process is the most common method for anodizing. The sulfuric acid anodize process films range from .0001"-.001" thick. The overall thickness of the coating formed is 67 percent penetration in the substrate and 33 percent growth over the original dimension of the part.

How is Sulfuric Acid Anodize different from other types of anodize?


It is particularly suited for applications where hardness and resistance to abrasion is required. However, where parts are subjected to considerable stress, (such as aircraft parts), the possible presence of the corrosive acid residue is undesirable. The porous nature of sulfuric acid films prior to sealing is used to particular advantage in the production of colored surface finishes on aluminum and its alloys. The porous aluminum oxide absorbs dyes well, and subsequent sealing helps to prevent color loss in service. Although dyed anodized films are reasonably colorfast, they have a tendency to bleach under prolonged direct sunlight. Some of the colors are: Black, Red, Blue, Green, Urban Grey, Coyote Brown, and Gold. Parts can be treated chemically or mechanically prior to anodizing to achieve a matte (non-reflective) finish.

What are the attributes / characteristics of Sulfuric Acid Anodize?

What are the applications of Sulfuric Acid Anodize?

We provide the following services:

We have been working with OEM’s and machine shops for the past 18 years.

The three top issues that we hear from our customers are:

Please call us or email your RFQ.
We invite you to visit our facility for a personal tour or will arrange a meeting at your facility to discuss your requirements.

We are here for you with the goal to help you solve your problems.